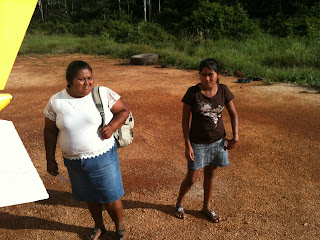 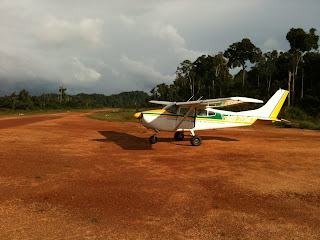 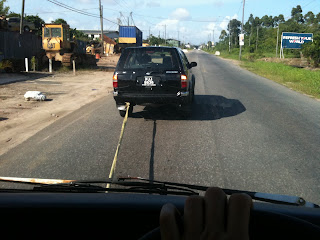 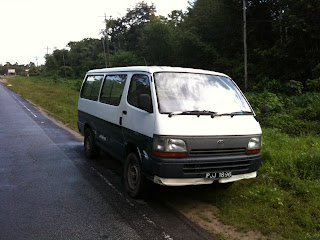 Dear Family and Friends,
Well the van is down again, and this time I think the engine is finished.  I was headed out to Timehri Airport to pick up a volunteer that was arriving when I noticed that the engine wasn't accelerating any more, in fact I was losing power.  I downshifted and pulled to the side of the road and shut off the engine.  Steam was pouring out of the engine compartment.  I learned later that there was a sizable hole in the radiator, and we lost all our water, causing the engine to overheat.  The irony was that it was almost the exact spot that the van broke down six months ago.  So just as we get the van back online we are set with another major setback.  This is a serious setback but not heartbreaking.  Let me share what is heart breaking.
Two days ago when I touched down in Kamarang Village, the medex (like a Paramedic) came out to the airplane and explained a sad situation.  Evidently one of her nephew's who was working in the mines at Issanaru had committed suicide.  Because of the Christmas holidays there were no flights into that region from Kamarang Village and the distraught mother and kids were desperate to get there before they buried the body.
I ended up flying the relatives to the nearest air strip since it was just off my route of travel.  The next morning they called me back on the HF Radio to see if I would fly back to pick up the body and carry it back to Kamarang.  I declined...  The high cost and elapsed time simply made it simply impossible.
As we were driving out to Timehri airport to tow the dead van back home, I was musing out loud to Winston James, our associate director.  Why are we not reaching out these miners?  Much of the work of spreading the gospel happens in the cities and villages, but very little efforts are being made to reach out to these mining communities.  Why?  Most of these miners are caught in vicious trap.  They desperately need work to support their families, and the gold mines provide a stable job with very good pay.  But every conceivable sin is waiting for them when they arrive.  Those who are weak in character, find it almost impossible to live morally upright lives.   The debauchery that happens is almost beyond imagination, and some poor souls decide that the only way out of this "hell" is to end their own lives.
As I shared my frustrations with brother Winston, an idea began to form in my mind.  I've decided that the only way we can get to these miners is to copy DVD's of David Asscherick and Doug Batchlor and distribute them far and wide throughout these mining communities.  One thing that miners have is money, and they have an abundance of generators, and DVD players.  I'm sure some would be thrilled for something of substance besides Hollywood drivel.  It's not that hard to fly into these mining airstrips and hand out stuff for the miners to watch.  Then we can have a questionaire that they can fill out and send back, so we know how effective it is, and how to follow it up.
That's my new years resolution.  2012 is going to be a year of outreach. 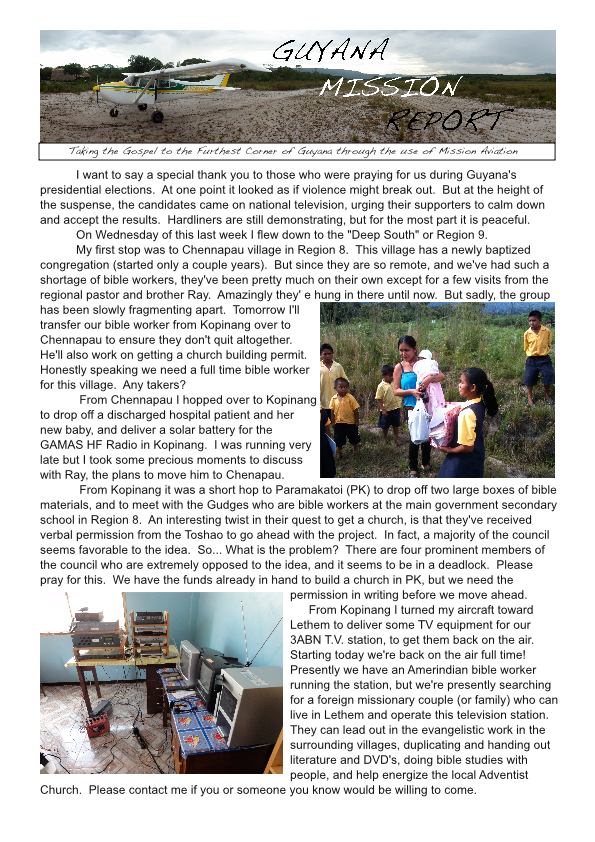 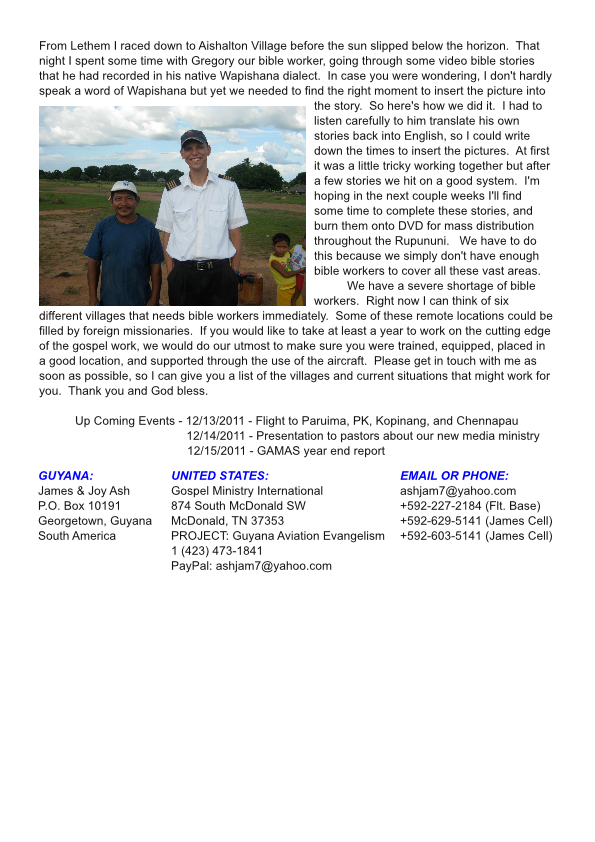 Posted by James, Joy, Jenna, and Julianna Ash at 5:26 AM No comments: 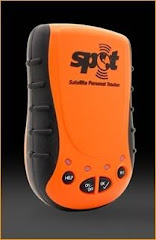